Where does the worldwide popularity of the masterpiece La Traviata come from? From the poignant story of unconventional love with its incredibly powerful scenes, from the complex yet sublime vocal part of the title role, from the arias that everyone hums, or simply from the genius of its composer? A bit of all of this at once… A true romantic drama that strikes the audience right in the heart, La Traviata is today one of the most performed operas in the world.

Part of Verdi’s popular trilogy (with Rigoletto and Il Trovatore), La Traviata is now one of the most performed operas in the world. A true romantic drama that struck a chord with audiences from the moment of its premiere, the work is a cultural monument of world musical heritage.

The action takes place in Paris around 1850 and tells the story of the love affair between a courtesan, Violetta Valéry, and a young man from a bourgeois family, Alfredo Germont. Madly in love with each other, Violetta goes so far as to abandon her social life for Alfredo. Furious that his son is tarnishing his family’s reputation, Father Germont urges Violetta to sacrifice her love. Violetta, who has become seriously ill with tuberculosis, is unable to survive this heartbreak.

It all begins in a Parisian salon, where Violetta, a prominent young courtesan, is giving a sumptuous party with her friends. Among them is her protector and lover, Baron Douphol. During the evening, Gastone, a friend of Violetta’s, introduces her to Alfredo, a young man who has just arrived from the provinces and is in love with her. After declaring her love for him, she gives in to the idea that true love is possible with him.

Alfredo and Violetta settle down together near Paris and live a perfect love story. One day, Violetta is visited by Alfredo’s father. He is very conservative and accuses her of an immoral union, and tells her that her relationship with Alfredo brings his entire family into disrepute. Mr. Germont vehemently asserts that the two of them can never marry and implores Violetta to give up Alfredo for the good of all. The young courtesan decides to comply with Alfredo’s father’s wishes and writes a letter of separation to her lover.
Violetta then resumes her life as a courtesan and appears again in Paris, under the arm of her protector. Alfredo, blinded by
rage and jealousy, is also in attendance at the party. After winning at the games, he humiliates Violetta by throwing his money in her face, “to pay her all that he owes her”, causing the guests to be astonished.

Violetta has been suffering from tuberculosis for a long time and her illness is getting worse with time. When she receives a letter from Alfredo’s father, in which he confesses that he has admitted everything to his son, she finds herself hoping for a
new life with Alfredo. The young lover is announced but he barely has time to find his beloved before she dies in his arms, exhausted by illness.

“Farewell, beautiful smiling dreams of the past, the roses of my face are already faded.”  – La Traviata, Act III, scene 1 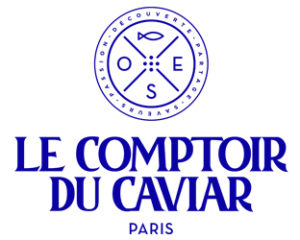